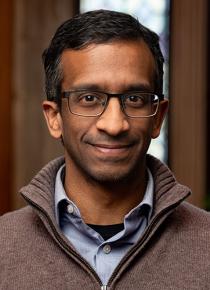 Vivek completed his undergraduate degree in Computer Science at Princeton, after which he worked for almost ten years on Wall Street with a quantitative trading team at Morgan Stanley. Vivek completed his M.Div. at Princeton Theological Seminary, followed by a masters in Philosophy (M.Phil) at Oxford University. In 2013, Vivek and family moved to Ithaca so he could pursue a Ph.D. in Philosophy at Cornell, focusing on metaphysics, philosophy of science, and philosophy of language. He completed his PhD and now serves as the executive Director of Chesterton House in Ithaca.