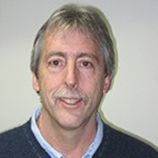 Professor Roberts is the Richard J. Schwartz Professor of Government. He teaches comparative and Latin American politics, with an emphasis on party systems, populism, social movements, and the politics of inequality. He obtained his Ph.D. from Stanford University in 1992, and then taught at the University of New Mexico before joining the faculty at Cornell. He is currently serving as Director of Latin American Studies and Acting Chair of the Department of Government at Cornell; he previously served as Senior Associate Dean for the Social Sciences and as the Director of Cornell's Institute for the Social Sciences. He has been a Fulbright Scholar in Chile and Spain, and his research has been supported by Mellon, MacArthur, and National Science Foundation grants. He is the author of Changing Course in Latin America: Party Systems in the Neoliberal Era (Cambridge University Press), and Deepening Democracy? The Modern Left and Social Movements in Chile and Peru (Stanford University Press). He is also the co-editor of The Resurgence of the Latin American Left (Johns Hopkins University Press), The Diffusion of Social Movements (Cambridge University Press), and Beyond Neoliberalism? Patterns, Responses, and New Directions in Latin America and the Caribbean(Palgrave-MacMillan). His current research explores global challenges to democracy and the political impact of financial crises in Latin America and Southern Europe.