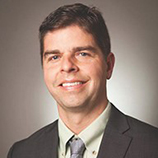 Garrick Blalock is an associate professor in the Dyson School of Applied Economics and Management where he teaches managerial economics and firm strategy. His research interest is technology adoption in emerging markets. He has authored several studies examining the link between trade -- imports, exports, and foreign direct investment -- and manufacturing productivity in Southeast Asia. He recently began a project in East Africa to promote the commercialization of modern cook stoves as a replacement for highly polluting traditional charcoal- and wood-burning stoves.

Garrick came to Cornell in 2002 after completing a Ph.D. in business administration at the University of California, Berkeley. He served as the House Professor-Dean of Flora Rose House from 2012 to 2018. He is a member of the City of Ithaca Board of Public Works and the Planning Development Board. Before graduate school, he worked in the semi-conductor industry in Japan and Silicon Valley. Garrick has a bachelor's degree in applied mathematics from Yale University.