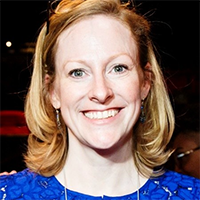 Alicia Kenaley was appointed Executive Director of Family and Children’s Service of Ithaca (F&CS) in March 2021.  Prior to joining F&CS, Alicia served as Chief People Officer of Planned Parenthood of Greater New York (PPGNY), a newly merged $100 million organization serving over 200,000 New York State residents annually.  Alicia was a key participant in the merger negotiations to form PPGNY in her position as CEO of Planned Parenthood of the Southern Finger Lakes, which was one of the merging affiliates. A seasoned nonprofit executive, Alicia has spent the last 20 years working in the nonprofit sector and is skilled in building and managing high performing teams and helping organizations navigate times of change and challenge. Alicia holds a Bachelor’s degree from Cornell University, a Master of Social Work from the University at Albany, and a Master of Business Administration from the Johnson School of Business at Cornell University.